There are a lot of robots in EngiNerds. (And I mean a lot.) Mostly they’re just hungry, but they can do more than eat. They can walk and talk and, well, do the sorts of things we humans usually do after we eat . . . But maybe even more incredibly, the robots in EngiNerds show the potential to learn – to pick up new skills over time.

Reading about these bots, you might find yourself wondering whether any of this stuff could happen outside of a book. Just how smart and skilled can a robot really get? Well, the sorts of machines we think of today as “robots” have been appearing in science fiction stories for decades, and pretty much from the get-go people have been wondering these same things.

Robotics is now one of the most thrilling and fastest-growing fields in the rapidly paced worlds of science and engineering. And whether you realize it or not, it’s possible you already have a robot in your life – and maybe even in your home at this very moment!

Maybe you’ve got an “autonomous robotic vacuum cleaner,” like the Roomba, that scoots around your house on the weekend sucking up dirt and dust so that you don’t have to. Or maybe you have your very own CHiP, the “Lovable Robot Dog” who can learn how to follow you around, how to play soccer, and even how not to do its robotic business in the house. Or maybe you’ve got a robotic teacher’s assistant in your classroom at school.

And even if you don’t have a robot in your day-to-day life, you’ve surely come across one at some point. Robots are playing increasingly critical roles in our hospitals, factories, and military, and in places like Japan, robots can be found nearly everywhere else, too – restaurants, hotels, offices, banks, and stores.

But to return to the question that started all of this (and one of the questions that got me writing EngiNerds in the first place): just how smart and skilled can a robot really get? To help answer this question, I’ve created a list of some of the most jaw-droppingly impressive robots around today. Read about them below — and prepare for that jaw of yours to drop.

NASA’s Valkyrie is, without a doubt, the most forward-looking robot on this list – and maybe the most forward-looking robot currently in existence. Valkyrie was designed – and has since then been continually modified – with an incredibly lofty goal in mind: to help humans build a larger, more permanent presence in outer space, and to make that process as safe as possible. Valkyrie could, for instance, assist with the colonization of Mars. Several other, non-humanoid bots have already traveled up to the Red Planet, learning as much about the place as they can. Should a humanoid robot such as Valkyrie make it up there, it could, say, build sound and secure human habitats, eliminating a tremendous amount of risk and making humans’ time on Mars safer and more efficient. It may seem like something out of a science fiction story, but with both NASA and private companies investing more and more money and brainpower in missions to Mars, this future may not actually be too far off. 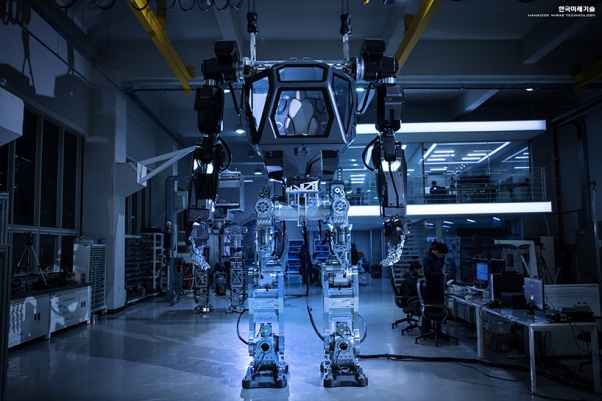 If you’re so inclined to fear the future – especially a future in which we’re surrounded by robots – you might just want to skip this section. Because South Korea’s Hankook Mirae Technology has built the bot that most closely resembles something that might’ve come out of a brilliant villain’s secret laboratory. The 13-foot tall Method-2 is a humanoid robot that can be controlled by a human “pilot” seated inside the cockpit-like cavity in its torso. If the pilot raises his or her arm, the robot raises its (300-pound) arm. If the pilot makes a fist, the robot makes a (metal-skinned, beach ball-sized) fist. And if you weren’t worried before, but kind of are now, don’t be. It’s likely that the giant bot will be used for good – such as for cleaning up wreckage and more quickly reaching survivors in the wake of a natural disaster. 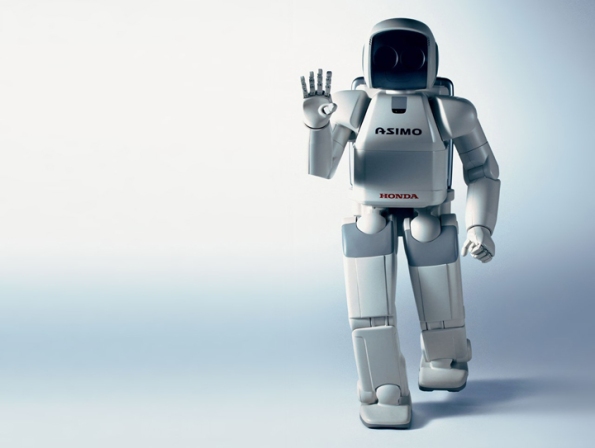 You might’ve seen Honda’s Asimo on the news a few years back. In 2014, during a visit to Japan, President Barack Obama famously played soccer with the bot. But that’s not all Asimo can do – not even close. Its balance and agility – it can hop up and down on one foot, run smoothly and fairly fast, and climb stairs – are unmatched. And its movements are so clean and natural that, watching the bot do its thing, you’d be forgiven for wondering if the massive motor company hasn’t just shoved a small, very devoted actor into a robot suit. Asimo can talk, too, and even interact with humans. The bot can respond to calls, obey commands, and even recognize faces and specific postures and gestures. It’s not hard to imagine Asimo in a home or workplace, serving as a sort of robotic butler and handling all kinds of chores. And it doesn’t hurt that Asimo is polite. Approach the bot, and it’ll probably ask you to shake hands.

Like Method-2, Atlas is a humanoid robot. This one, however, was designed here in the United States, and actually right in my backyard, at Boston Dynamics in Waltham, Massachusetts. Also unlike Method-2, Atlas isn’t gargantuan, but built on a more familiar scale. The bot stands just shy of six feet and tips the scales at 330 pounds – which, in case you’re wondering, would be like if you took a guy the size of Shaquille O’Neal and squashed him down about 14 inches. Like a lot of the robots on this list, Atlas remains a work in progress. The engineers at Boston Dynamics are continually tweaking the bot so that it becomes better at fulfilling its intended purpose – to lend a hand during emergencies and perform potentially dangerous search and rescue missions. Every time Boston Dynamics unveils a new version of Atlas, the bot’s got a batch of brand-new skills, and has usually thoroughly mastered all his old ones. The bot can quickly navigate rough, uneven terrain. It can open doors and lift, carry, and accurately place objects. Watching Atlas’s demonstration videos, you can’t help but feel that robots, made right, might one day do a tremendous amount of good in the world.

The Spot Mini is another of Boston Dynamics’s creations, and in my opinion, it’s the coolest. A cross between a big dog and a baby giraffe, this four-legged, long-necked bot can do an astounding number of things. It can fetch you a can of seltzer, say, then stick around until you’re done so it can put your glass in the dishwasher and your empty can in the recycling bin. It can also effortlessly climb stairs, duck and dodge obstacles while navigating a house or other environment, and, should it slip and fall, it can quickly climb back up and continue on with whatever it’d been doing. And last but certainly not least, the Spot Mini can run. It has clocked speeds of up to 28 miles per hour, meaning it might be more appropriate to call the bot a cross between a dog, a giraffe, and a gazelle.

Click here to see just what Spot Mini can do.

Not impressed? Well, that’s crazy. But if so, rest assured that in the years (and probably even days) to come, these robots will only get smarter and more skilled. You might even end up with an Asimo or a Spot Mini of your own, hanging out in your house waiting to be bossed around. The trick there is just to, you know, keep the things from eating everything in sight and kinda sorta trying to destroy your town . . .